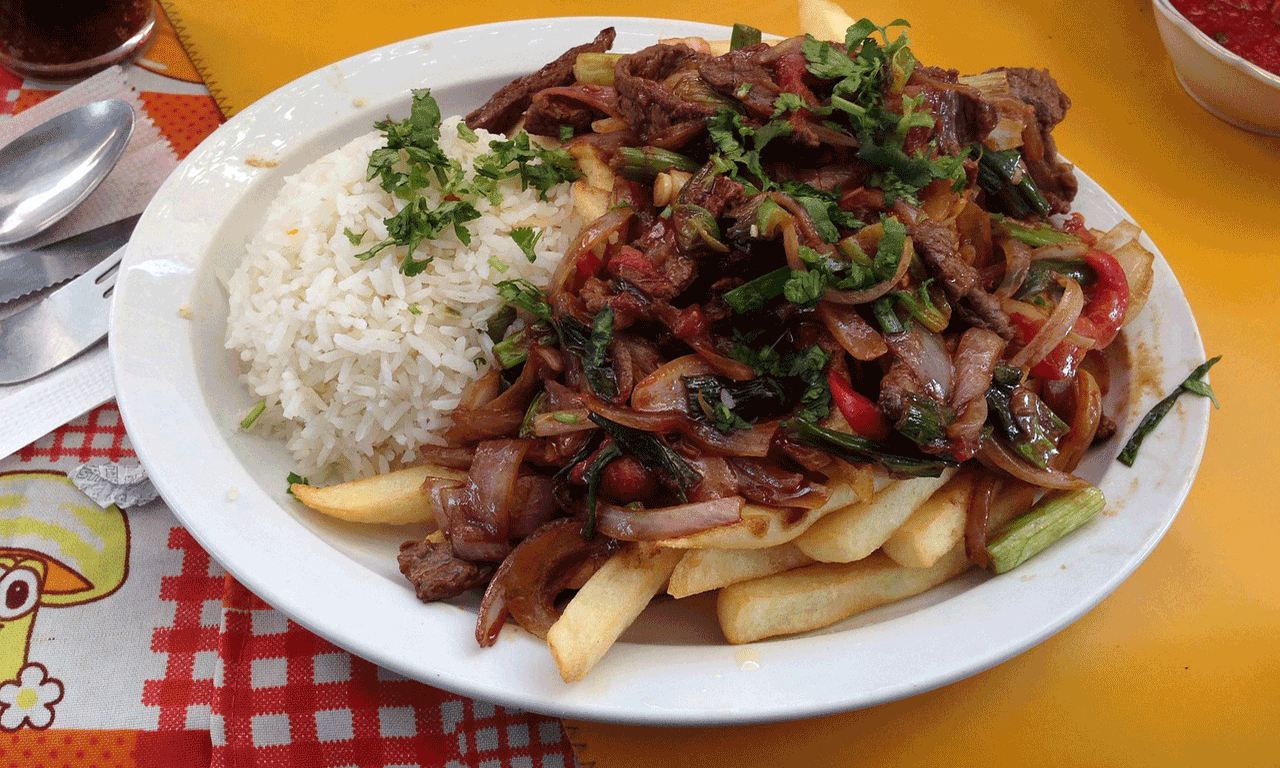 Peruvian cuisine is only slightly spicy – despite its use of chilli peppers and is characterised by heavy use of the country’s four staple ingredients: corn, potatoes, quinoa and legumes. The Spanish introduced rice, wheat and meat to the country, all of which remain incredibly popular to this day, though a recent resurgence in the use of ají peppers, and quinoa is seeing Peruvians return to their slightly more interesting foodie roots. Peruvian corn comes in many shapes and colours with hundreds of variations and is eaten all over the country.

Regional food is of course as diverse as the regions themselves. The Andes for example is known for its use of meats such as alpacas and guinea pigs as well as imported livestock, while Creole cuisine is popular in lima – and incorporates flavours from all over South America all the way to Asia. Amazon cuisine on the other hand is based heavily around products local to the rainforest and includes everything from piranha and river turtles to grilled fresh-from-the-Amazon vegetables and the camu camu fruit. A signature dish of the Andes to try is Rocoto relleno: Arequipa – a stuffed rocoto chilly which is stuffed with beef or pork and oven baked with cheese, while Suspiro a la Limeña is a delicious Spanish-Influenced dessert made with dulce de leche and meringue made with port wine.