Waterfalls of the Iguazu River on the border of the brazil

Known for its 4 km balneario beach or 2.5 miles, which is one of the most famous in the world

Brazil is a huge country, filled with wild contradictions, beautiful nature and vast ever-changing cityscapes. Brazilians like to say that they live on a continent – not in a country. A bit of an exaggeration, sure, but an understandable one. The natural splendour available in Brazil is just as complex and stunning as its neighbours though without the incredible heights of the Andes, but it’s in Rio and São Paulo where the real differences begin to show through. Not cities, but megalopolises of such grandeur, that to really get to know them, one would have to spend months exploring their every facet. 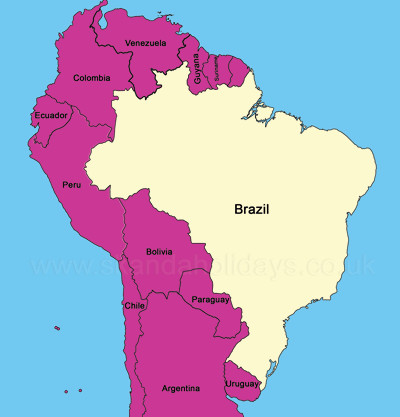 Looking for inspiration?
Need more information or ideas?
Tailor make your trip?
Want a Group Tour?
Not sure?

Start planning your dream holiday trip. Call one of our Brazil specialists on 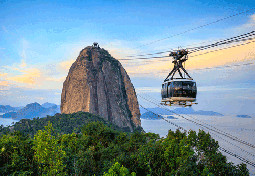 Explore the ancient kingdom of the Incas. The ruins of Ollantaytambo are as deeply mysterious and as beautiful…..
View this trip 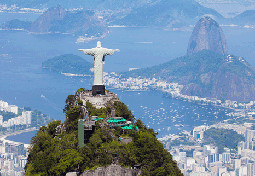 Discover South America with this trip to Peru, Bolivia, Chile Argentina and Brazil. Capture the mystery and ….
View this trip 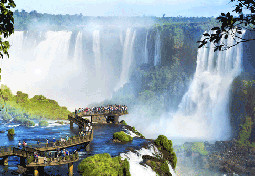 Admire Rio’s most iconic attractions though is the breathtaking Cristo Redentor, sat atop the peak of the 700-metre…
View this trip

Explore the lively city of Rio de Janeiro, Rio enjoys the most captivating beachfront neighbourhoods of
View this trip

No trip to Brazil is complete without exploring the beautiful, otherworldly city that is Rio de Janeiro. Skyscrapers cling to the curvaceous coastline, while grass-topped chunks of rocks protrude from the ground and the glistening waters of the South Atlantic Ocean – the most notable of which is Sugarloaf Mountain which can be accessed by a 100 year old cable car. Inland, skyscrapers jet from the concrete of the inner-city, filled with apartments, restaurants and world-class hotels, while thousands of cars and the city’s 6 million inhabitants rush by beneath. One of Rio’s most iconic attractions though is the breathtaking Cristo Redentor, sat atop the peak of the 700-metre tall Corcovado mountain, which pokes out from the lush Tijuca Forest National Park. When it comes to spending some time under the sun, head to the famous Copacabana beach for the city’s most
rewarding seaside experience.

When it comes to leaving the big city, the first thing you’ll notice is the drop in population, quiet roads and vast swathes of wild beauty. Your first stop should be the stunning Tijuca National Park, which is covered with lush peaks that overlook the ocean and the city of Rio down below. For a bigger adventure, brave the Amazon, natures jaw dropping crown that sits in the north of Brazil and is a gateway to every kind of adventure that you could possibly imagine – from hiking some of the most untouched forest on earth to spotting some of the rarest wildlife.

One of Brazil’s most impressive natural sites is the simply incredible Iguasu Falls – a spectacle of 275 individual waterfalls cascading and crashing together below in the lower Iguaz river, though wildlife lovers should head to Pantanal which offers an expanse of colourful wetlands teeming over with all kinds of birds and wild beasts. For those who prefer their wildlife a little less wild and a lot more relaxed, then we suggest you try the exquisite beaches in Salvador city or the unforgettable tranquility afforded along Buzios’ wonderful coastlines. Alternatively, those in search of the world’s ultimate party should visit the Sambódromo during Rio’s dizzying Carnival – held each year at the beginning of lent.

Brazilian cuisine is dominated by a mixture of African and European flavours. It’s so very varied that it really doesn’t matter what your food preferences are – you’ll always find something in Brazil. Refer our blog post Brazil – try this food and Brazilians like to touch. 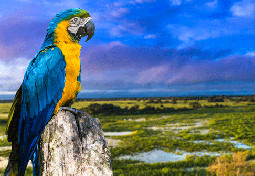 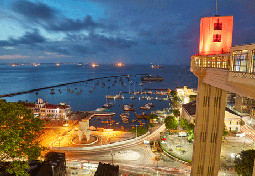