Explore the prosperous historical and cultural relics, including the Yungang Grottoes, one of the largest grottoes in China, and the Hengshan Hanging Temple with over 1,400 years of history. Nine villages valley, inscribed by UNESCO as a World Heritage Site, an amazing sight of multi-level waterfalls, colorful lakes, and snow-capped peaks is never to be missed. Grand China Tour lets you cruise down the Yangtze River and visit endangered Giant Pandas. With a comprehensive tour from Beijing to Shanghai, this tour gives great value for money 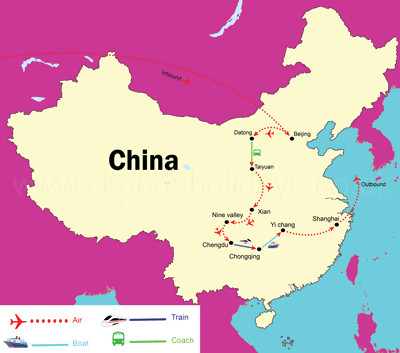 On arrival Beijing you will be welcomed and transferred to hotel Novotel Peace.

The tour starts at Tian’anmen Square with its plentitude of monuments testifying to the communist, Mao’s influence on China’s modern history. From there you will proceed to the Forbidden City, the largest and best-preserved ancient imperial palaces with over 500 years of history. Visit the Forbidden City along the central axis from south to north for 2 hours. The visit to the Temple of Heaven will take about 1 hour. We will then drive to the Summer Palace, the largest and most beautiful Chinese imperial garden.

You will visit the largest Lama Temple of Beijing – Yonghe Temple, tour of the mysterious Tibet style Buddhist temple. Next is lunch with the locals in a typical Beijing resident’s house, before exploring the old Beijing lanes by rickshaw. This Hutong tour will last for approximately 2 hours and you will visit the typical Chinese quadrangles, many famous old buildings and the bell tower – a fantastic opportunity to explore the real life of ordinary people in Beijing. You also have the chance to enjoy the porcelain factory. Enjoy a tea ceremony at a typical China Tea House.

Fly to Datong . On arrival you will be welcomed and transferred to hotel Howard Johnson Jindi Plaza. Then we visit the Yungang Grottoes. Yungang grottoes are considered first among three grottoes of China for their tremendous size, ancient history, and relatively complete state of preservation. Then we will visit the Nine Dragon Screen. Built over 600 years ago, it is presently the oldest and largest glazed screen in China today. It is three times larger than that in Beihai Park.Move on to visit Huayan Monastery. Built during the Liao Dynasty (907 – 1125), the Huayan Monastery is the largest and best preserved monastery of the Liao Dynasty in existence in China.Move on to visit the Shanhua Monastery located in central Datong within the old city walls.

After breakfast we visit the Xuankong Temple, which has a history of more than 1,400 years. About 40 buildings survived are scattered halfway up the mountain on the cliff face or slopes, from 26 to 50 meters above the foot of the mountain. The temple buildings which seem to be hanging in midair on the cliffs are unique in structure.
Then we will visit Yingxian Wood Pagoda. The pagoda is the oldest and highest wooden structure in China with about 900 years of history and is regarded as the “First Pagoda in the World” and a gem in the architectural field. Arrive in Taiyuan and check in at hotel Kempenski.Then we visit the Jinci Temple.

Morning we drive to visit the Wang’s Ancestral Temple, a wealth of houses built long ago, which are representative of the wealth attained by the Shanxi Merchants.

Drive to Pingyao. Walk along the Ancient City Wall. The city wall of Pingyao was originally built using rammed earth, and was rebuilt with bricks in 1370 during the reign of Emperor Hong Wu of the Ming Dynasty. The wall testifies to the profound influence of Confucianism in this region, as the 3,000 embrasures on the wall are said to represent the number of disciples of Confucius, and the 72 small watchtowers represent his 72 top disciples.

Move on to visit Shuanglin Temple, which has stood there for 1,500 years since the North Wei Dynasty.Then transfer to Taiyuan airport to board your flight to Xian

Full day tour of Xian .On this tour you will see the terracotta figures of warriors and horses that were buried underground for more than 2000 years. After noon visit to the Great wild goose Pagoda,Bell Tower . Then you will go to the Muslim Quarter, a location famous for its many and varied restaurants, each with its own speciality dishes. Here you will be sure to find something that will appeal to your taste buds from the many novel and captivating dishes on offer. Experiencing the Muslim

After early breakfast ,In the morning, start your train tour by taking the high-speed train to Luoyang. Upon your arrival in Luoyang, On arrival we visit the Longmen Grottoes,(exclude the battery car) which is a treasure house of ancient stone-carving art. There are more than 100,000 stone statues here, varying from 2-centimeter to 17.14-meter high, and extending for about 1,094 yards along both banks of Yi River. Fengxian Temple, the largest grotto among Longmen Grottoes, exhibits nine major Buddhas of various facial appearances and temperaments.

Then, you will explore the Shaolin Temple, the birthplace of Chinese Zen Buddhism and Shaolin Martial Arts. Here, your Kung Fu tour comes to a climax when you see the Kung Fu show performed by Shaolin monks. Besides, Shaolin Temple boasts some traditional valued architecture like the Hall of Heavenly Kings, the Mahavira Hall, the Pagoda Forest, the Dharma Cave and the Shaolin Temple Martial Art Training Center. Then we transfer back to Luoyang Longmen Railway Station to board the high speed train to Xian .
[/row_box]

After breakfast transfer to Xian airport to board your flight to Songpan . On arrival we drive to nine valley and check in at hotel Sheraton Jiuzhaigou . Then we visit the Huanglong Temple at the summit of Huanglong Mountain en route.(exclude the cable car in Huanglong)

After breakfast we visit the 16km-long Nine Villages Valley, a botanical gallery that is heavily forested and home to many protected species. Entering the valley is like being transported into a different world, where crystal clear lakes gather at the foot of every waterfall. It is as if one of the world’s most beautiful silk scroll paintings unfolds along this scenic valley.

After breakfast we fly to Chengdu. On arrival check in at hotel Dorsett Grand .Afternoon excursion will start from driving you to Chengdu Research Base of Giant Panda Breeding. Here we can spend some leisure time learning the habitant and evolution of this amazing creature. And tourists will get a chance to have some fun with these lovely giant pandas while they make some donation for the pandas and the base.

After early breakfast we travelling to the Grand Buddha of Leshan, After a 2.5 hour drive to Leshan from Chengdu you will take a boat ride (about 40 minutes) to see the Giant Buddha, which is the biggest in the world. The man-made Leshan Giant Buddha can be seen seated at the heart of the ‘Giant Sleeping Buddha’, which lies across Wuyou Mountain, Lingyun Mountain and Guicheng Mountain and is a marvelous natural spectacle.

After breakfast we take fast train to Chong Qing .On arrival visit to Erling Park in Chongqing where you can get a grand view of the whole city of Chongqing, as well you have chance to get a general idea of the Yangtze River there. Continue to visit Chongqing Zoo where you can see the Giant pandas, Lesser pandas, Then we will transfer you to board the victorua Cruise Ship. As the cruise sets sail at 21:30 tonight, your fantastic Yangtze River journey begins.

Morning excursion to the Three Gorges Dam Site;
Around 12:00, disembarks in Yichang. Then transfer to Yichang airport to board your flight to Shanghai .On arrival check in at hotel Grand central

Full day tour of Shanghai .The first stop on this tour is the Yu Yuan Garden, a classic creation of the Ming Dynasty, and Shanghai Old street, that originated in the Qing Dynasty.Drive along the former French Concession and transfer to visit Shanghai Arts and Crafts Store. Then visit the Jade Buddha Temple with its priceless jade statues from Burma. The last stop, Xin Tian Di, is a stylish nightlife district with many boutiques, pubs and restaurants.

Enjoy this full day sightseeing tour of Hangzhou, now the capital city of Zhejiang Province. The first stop is Lingyin Temple. As one of the best known Buddhist monasteries in China, it houses a statue of Skyamuni carved out of 24 pieces of camphor wood. After that we will take a cruise on west lake, taking in the many sights along the way.Then we visit Liuhe Pagoda (Six Harmonies), a famous octagonal pagoda, built in 970.AD, which towers majestically on the Yuelun Mountain by the Qiantang River. 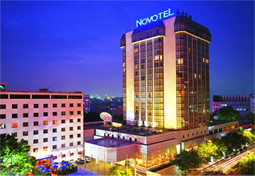 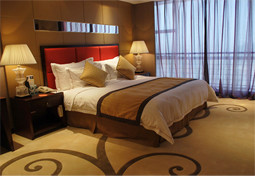 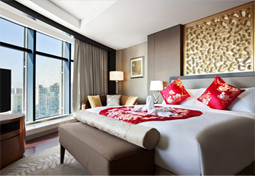 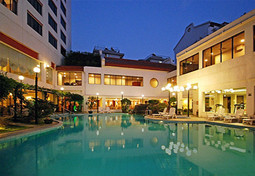 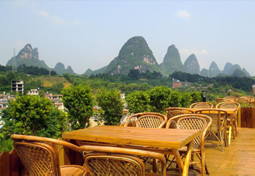 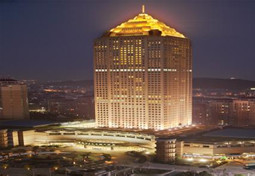 CHINA TRAVEL ADVICE
READ MORE
CAN’T FIND IT?
Just because it’s not in the website doesn’t mean we don’t do it, please contact us to let us know what you are looking for, we will make your dream holiday come true.

All our holiday packages are flight inclusive tours, we also do ground only tours should you wish to arrange your own air tickets, perhaps you might want to redeem your favourite airline loyalty points. Or you might want only a few elements of the tour, talk to us we will guide you the best, trust us we are experts in what we do. We tailor make holidays to what you want and not what we have, so you sit back and relax, we’ll take care of all your holiday arrangements.